The first day of the second session of the Global Scholar program started –as one would expect, with introductions. We were first introduced to the funders, then the staff, and finally the scholars (each with their self-made personal poster).

We then went on to talk about global citizenship with Vanessa, who shaped our perspective (after a little game we played in groups of two) on the paradoxes we have to navigate as global citizens, and the importance of being aware of our complicity in causing harm while trying to make the world a better place.

After a one hour-long lunch break that included an optional game, we worked in groups on drawing a map of the personal, interpersonal, cultural, institutional and systemic challenges we had to face during the pandemic; which really opened our eyes on our similarities and our differences as well.

Finally, Aris guided us through a wonderful course on systemic thinking that taught us how to think about complex problems by getting us to separate their different elements and facing us with the interconnection between them.

Today was amazing! I've been waiting for Doctor's Maria lecture and so were the others. Doctor Maria was like a mother talking to her children. She was spreading a positive energy that motivated us to work hard since the world is expecting a lot from us. Questions were coming one after the other and Doctor Maria managed to answer them all. Mister Imru Kays came after Doctor Maria; he presented to us how Covid-19 has influenced Morocco. He focused on women and explained why he did. He mentioned the concept of trust and how it works. Such a common word was in reality a complex notion that should be understood deeply.

Then came the moment we were waiting for, the presentation on Moroccan culture. I worked with my Moroccan teammates to give it our best knowing we only had one day to finish everything. Challenge accepted! The team was really amazing and worked with a unique harmony despite the distance. Everyone prepared their parts and the result was an interesting presentation. The American students liked our job and their smiles motivated us.

We discovered that despite the distance between the U.S.A and Morocco, there are some similarities.

The following activity was with Aris. He was funny, a good listener, and a man with a big heart. He introduced us to the concept of empathy and its elements. We learned that empathy is about understanding the other's situation and trying to imagine experiencing it. We dived deeper in the concept by exploring the map of empathy and having a lot of activities.

We had fun during the activities, especially with the one in which we should describe a color without giving the other a clue to make guessing it challenging. Both American and Moroccan students were like a big family where harmony rules. I can't wait to continue the program.

As the third day kicks its new adventures, we began our sessions with new faces that have enlightened us with new information. The scholars were excited to start their third day by listening to UN activist (Priscila Rodriguez) with whom we had the honor to recognize how much adults and children are suffering, particularly those with disabilities, and giving them a hand by including them in institutions that aim to give them a sense of belonging to the community. As our Speaker finished her words, we had the honor to meet another voice maker in Africa (Maudo Jallow).The latter had talked about the impact of the new outbreak on people and societies and how governments responded in order to handle this public health crisis. We went on talking about the economy and this time along with Karen Showalter and other wonderful guests Nour Qutyan and Samuel Jones. These speakers have put us in the picture and brought us closer to it, to recognize what the employees are suffering from in the United States and the whole world due to the current downturn of the economy and how it’s possible to set the record straight. Not to forget, we discovered the American culture, through their cultural launch that was rich and full of information that we did not know, furthermore, as Moroccans we had the chance to get close to our overseas friends; therefore making the bonds between the two countries stronger. As the other workshop began participants had the chance to discuss differences such as Privilege vs. Power and everyone tried to give their perspective. All these workshops helped us understand new things from a new perspective and not to judge through the small hole we see. All this give and take discussion between Moroccan and American scholars proves that sharing is one of the sacred values we need to save. As the saying goes: “The beauty of the world lies in the diversity of its people”

On our fourth and last session, we started with an action lab titled "Workshopping a Strategic Intervention” in which we brainstormed ideas about solutions to the challenges that the world faces today, after which, as smaller groups, we worked on presenting one solution. All the while, we were also learning about SMARTIE goals (Strategic/ Measurable / Achievable / Realistic / Timebound/ Inclusive/ Equitable) which made us realize the difference between achievable and unachievable projects.

The results were plenty of mind-blowing ideas for solutions that made me truly believe that together we can make change happen. We were also thrilled to know that the AMP team is willing to help us turn our project from daydreaming to a reality in the future. We then had the closing session where we shared what we learned from the program, our favorite quotes, and the next steps we ought to follow while listening to some relaxing music.

Sadly, today was the last day of an amazing program, but as the saying goes, an end is only a beginning in disguise. 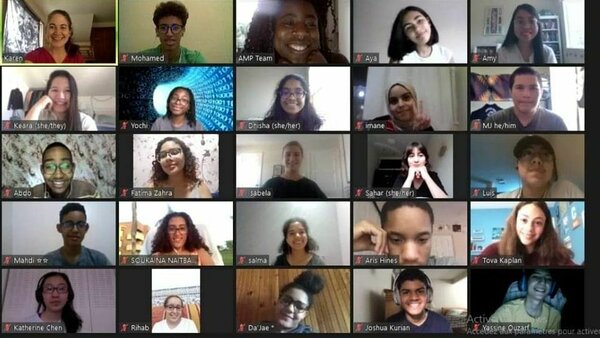 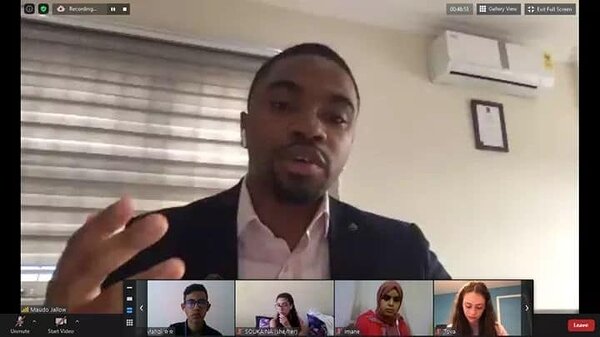 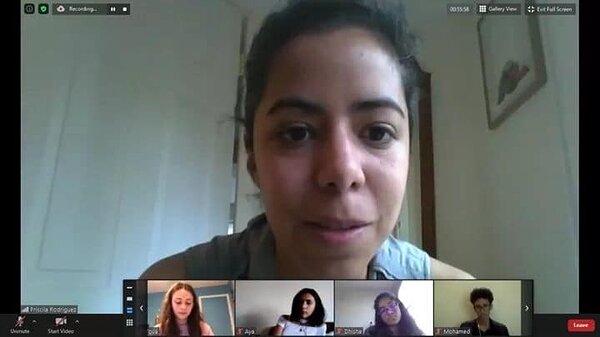 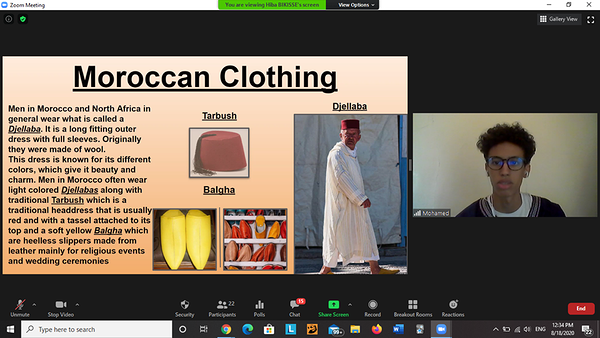 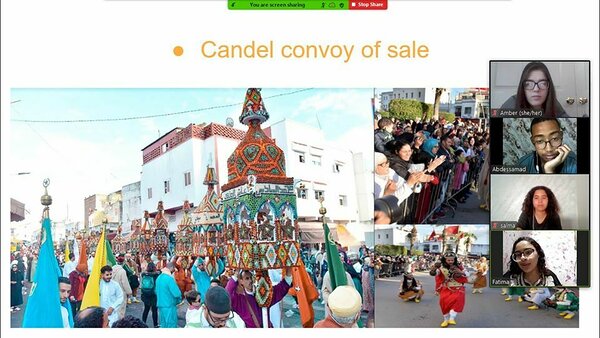 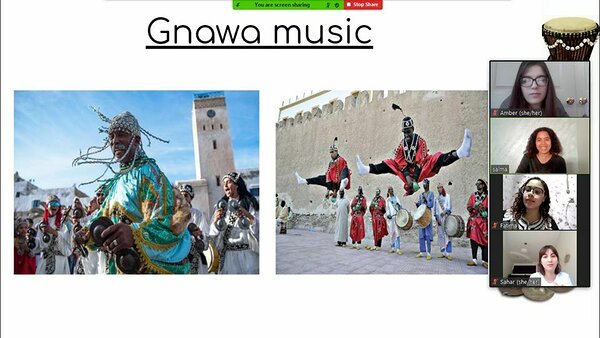 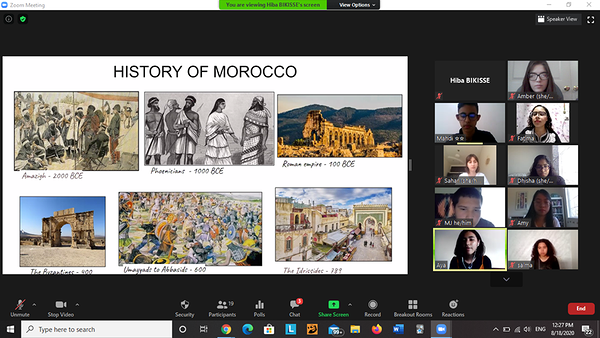 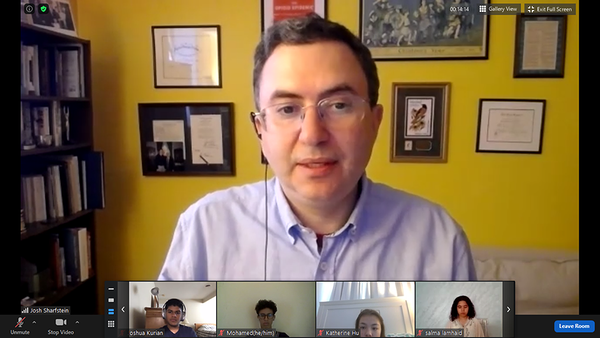